aims to develop a cost-efficient and environmentally friendly realization of energy harvesting.

Would you like to be informed about SYMPHONY news? Stay tuned and register to our newsletter service!

Establishing the ERHASE cluster – EneRgy HArvesting for a Sustainable future

Together with two other European projects SYMPHONY started a new international initiative and formed the cluster ERHASE – EneRgy HArvesting for a Sustainable future. The three projects – FAST SMART, InComEss and SYMPHONY are funded by the European Commission under the same action in 2019 call on energy harvesters.

Since May 2022, Evonik has sold the TAeTTOOz® materials technology for printable rechargeable batteries to the InnovationLab GmbH (https://corporate.evonik.com/en/evonik-sells-taettooz-materials-technology-to-innovationlab-173925.html). Therefore, a change in the SYMPHONY Consortium occurred with the replacement of the partner Evonik with InnovationLab (https://www.innovationlab.de/en/printed-electronics/).
Click to read more…

SYMPHONY international collaborations and events
and update of results

The project SYMPHONY was recently promoted in several international events and will be present in the autumnal events. 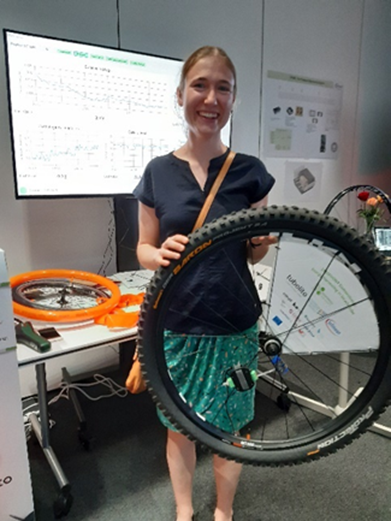 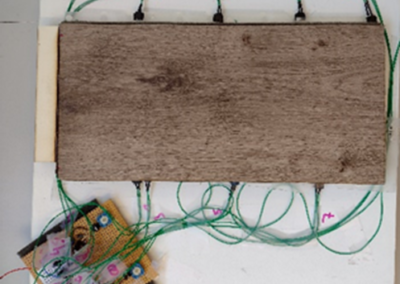 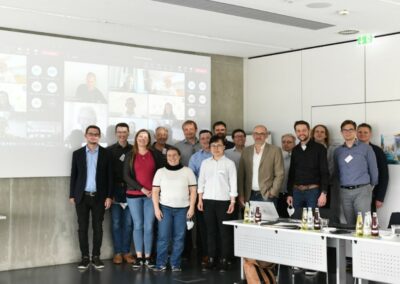 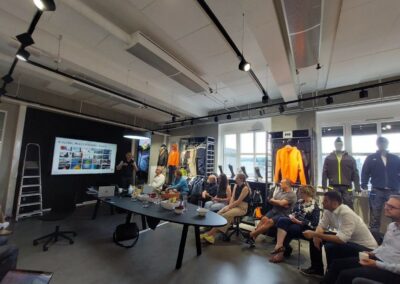 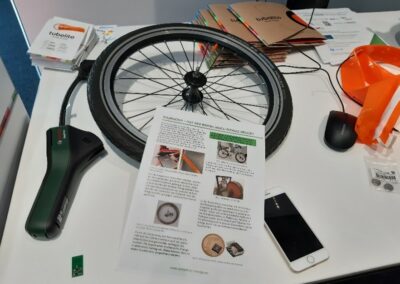 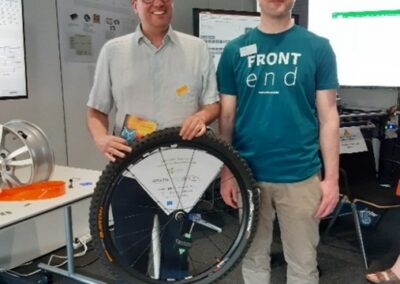 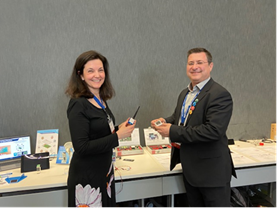 Magnetoelectric (magnetic/piezoelectric) heterostructures bring new functionalities to develop novel transducer devices such as (wireless) sensors or energy harvesters and thus have been attracting research interest in the last years. We have studied the magnetoelectric coupling between Metglas films (2826 MB) and poly(vinylidene fluoride-trifluoroethylene) (P(VDF-TrFE)) in a laminate structure. The metallic Metglas film itself served as bottom electrode and as top electrode we used an electrically conductive polymer, poly(3,4-ethylene-dioxythiophene):poly(styrene sulfonate) (PEDOT:PSS). Besides a direct electrical wiring via a graphite ink, a novel contactless readout method is presented using a capacitive coupling between the PEDOT:PSS layer and an electrode not in contact with the PEDOT:PSS layer. From the experimental result we determined a magnetoelectric coupling of 1445 V/(cm·Oe) at the magnetoelastic resonance of the structure, which is among the highest reported values for laminate structures of a magnetostrictive and a piezoelectric polymer layer. With the noncontact readout method, a magnetoelectric coupling of about 950 V/(cm·Oe) could be achieved, which surpasses previously reported values for the case of direct sample contacting. 2D laser Doppler vibrometer measurements in combination with FE simulations were applied to reveal the complex vibration pattern resulting in the strong resonant response.

The SYMPHONY Project had completed its first 18 months. A lot has already been achieved since the start of the project. Read a summary of the results from the work so far. 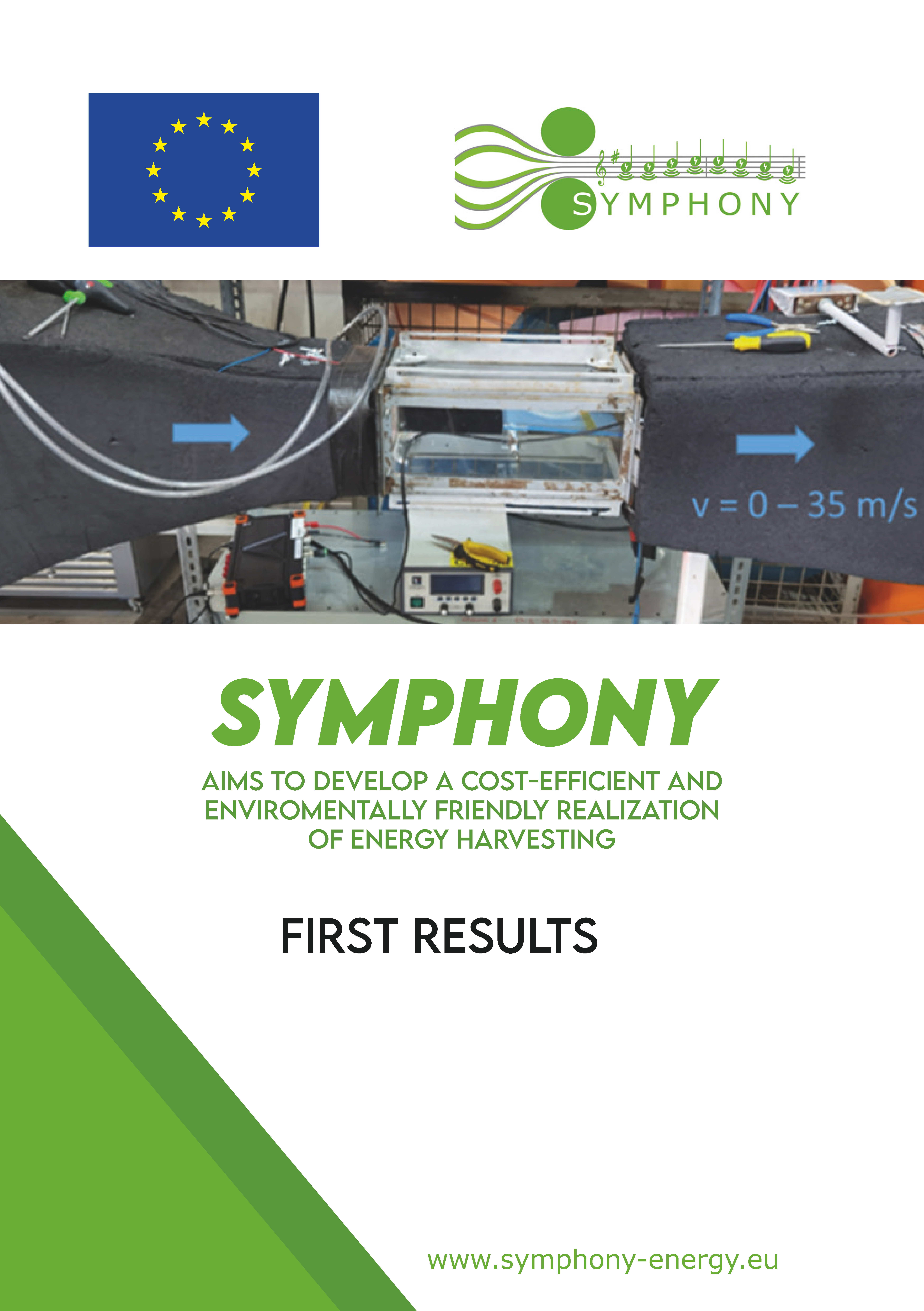 After 18 months from the start of the SYMPHONY project, on October 7 – 8, 2021, it was finally possible to welcome most of the SYMPHONY partners at Joanneum Research Materials in Weiz. With around 20 participants in Weiz and 25 connected remotely, the meeting has offered many opportunities for open discussions and interactions.

Read more about that in the news section

The SYMPHONY project is addressing the 21st century challenges concerning the spread of electronic systems in remote locations requiring a change in power generation. Current IoT scenarios expect around 75 billion connected devices by 2025, and the powering of these devices by batteries will result in a considerable amount of potentially hazardous waste. The project consortium aims to develop cost effective and scalable methods to print energy harvesting materials on flexible films and to combine them with energy efficient electronics and sensor technologies.

SYMPHONY in a nutshell

SYMPHONY makes use of dislocated and disordered energy sources with the development of an innovative energy autonomous sensor system.

Be part the SYMPHONY community. Look for project and partner news and future events.

SYMPHONY will contribute significantly to acceleration of future low-carbon competitive economy. The project delivers an energy supply platform for the powering of wireless sensors/sensor nodes for monitoring remote or difficult-to-access locations.

The SYMPHONY project receives funding from the European Union for its innovative development goals.

Copyrights of the pictures are owned by the project partners. If you’re interested, send an email to Michèle Isopp (contact below). 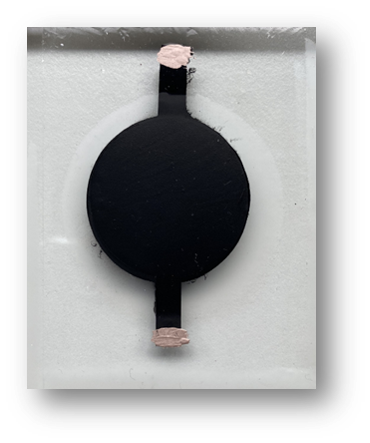 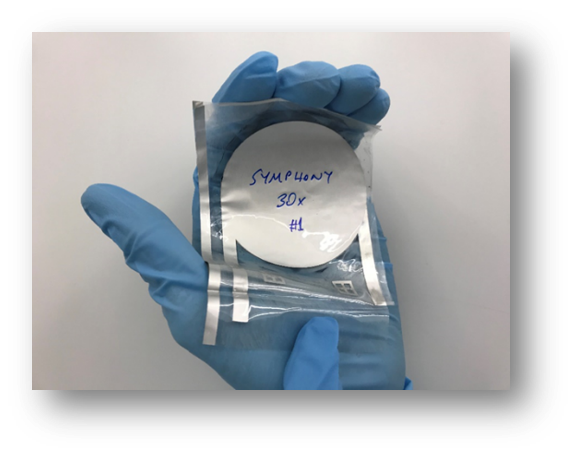 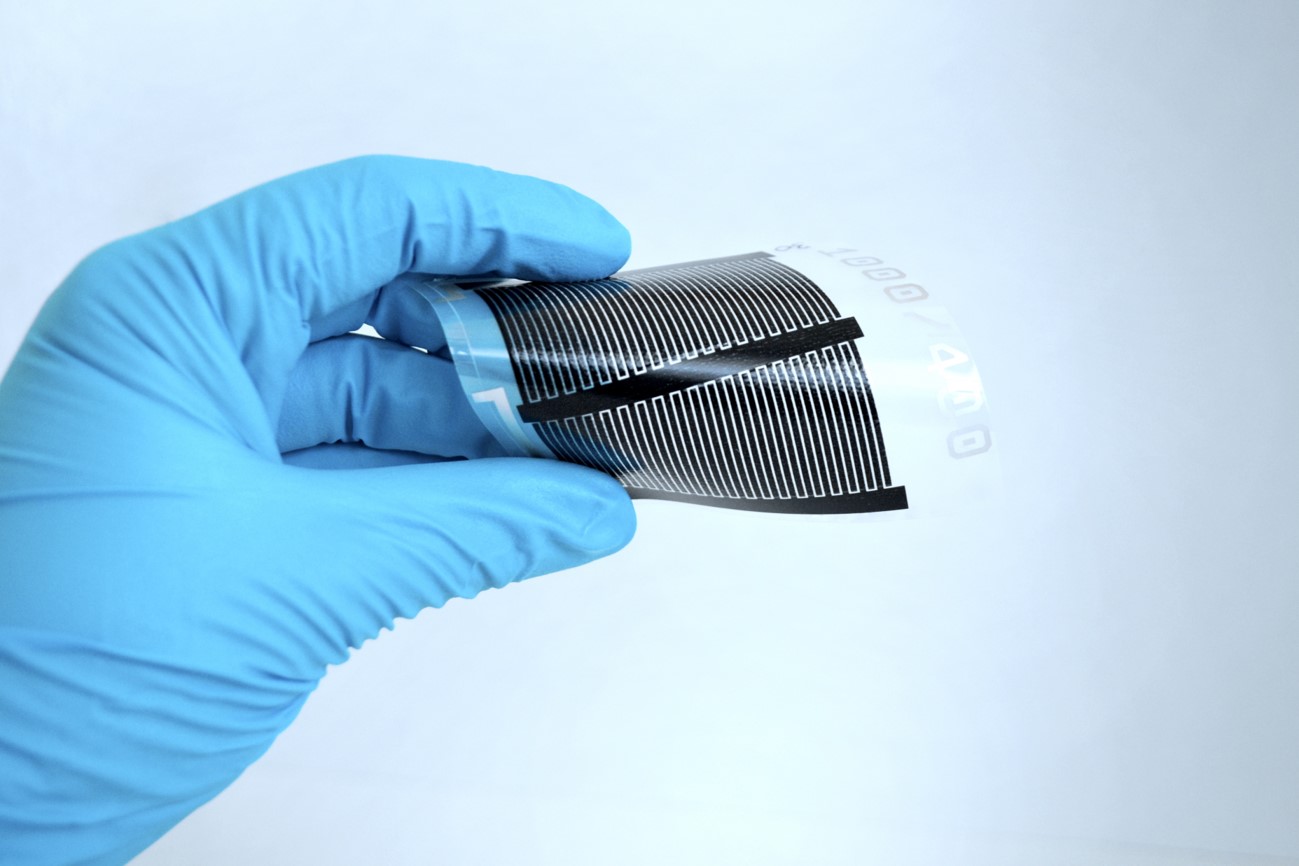 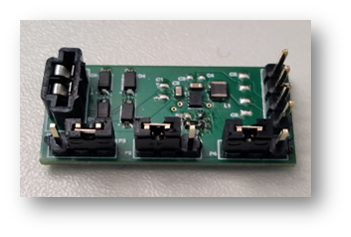 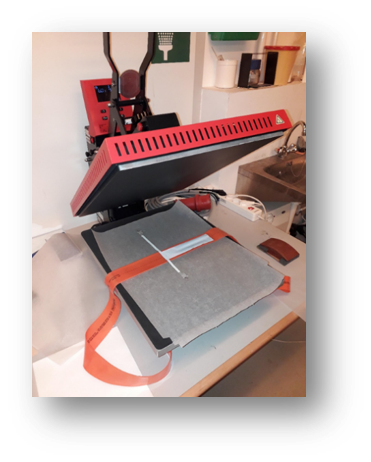 Fig 8: First measurements in wind tunnel of the energy harvested with the SYMPHONY triboelectric nanogenerator  for the wind turbine use case 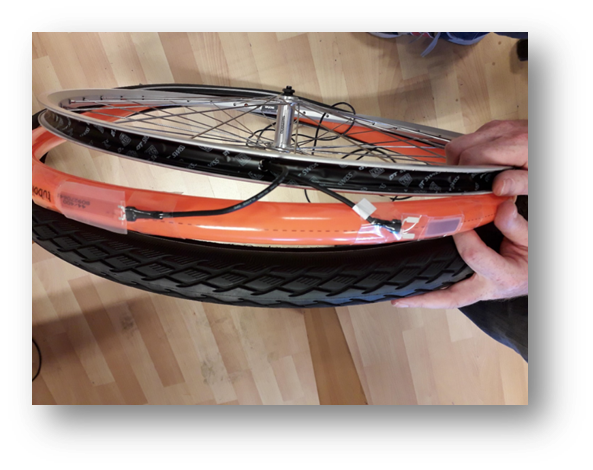 Fig 9: First preliminary version of the SYMPHONY demonstrator for the pressure measurement in bicycle tubes 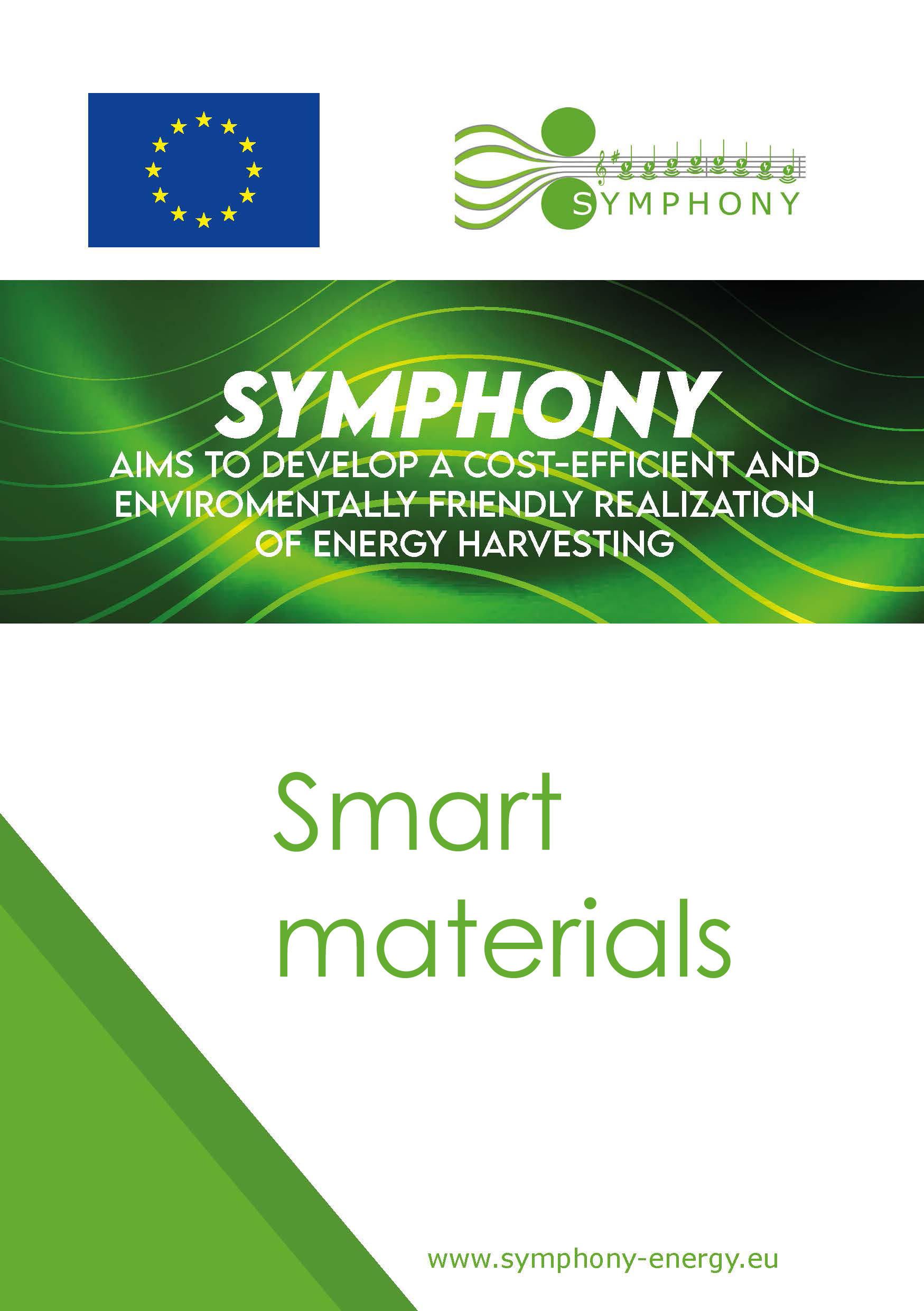 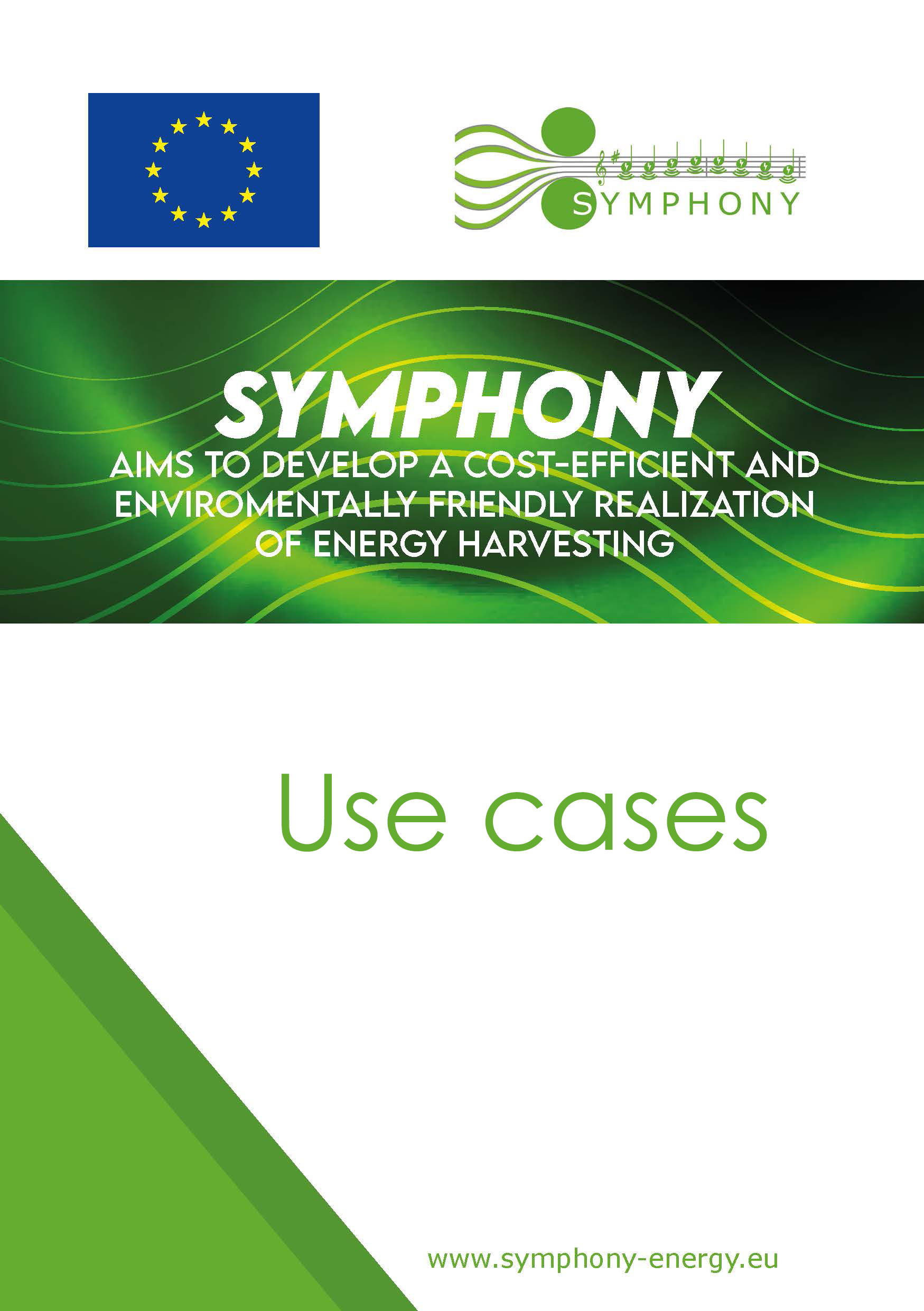 The project combines various materials and technologies to a future SYMPHONY of sensor technology and energy harvesting.
Stop by again, there is always something new to discover.

The SYMPHONY Partners – the orchestra

13 partners from industry and research